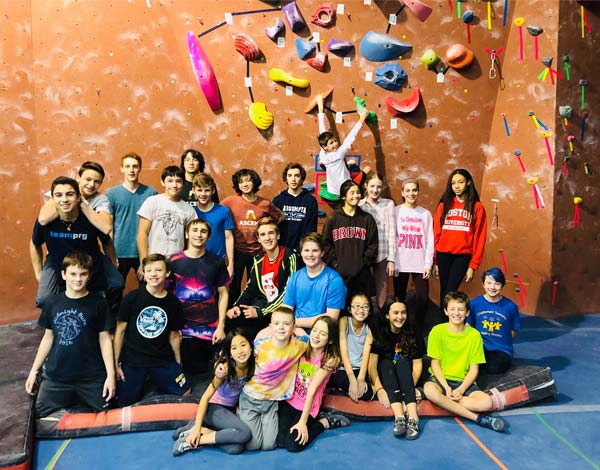 Team PRG is the highest level of Youth Climbing Instruction that PRG has to offer. Since 1998, we have trained the best climbers in the area to become some of the best climbers in the country. One of the longest standing & largest team programs in the region, our focus is on developing skilled climbers who are safe, passionate and can reach their full potential. Current and prior participants in the program include more than two dozen US Climbing Team members, Nine National Youth Champions and three International Youth Champions. Our teams compete throughout the year in youth events around the area. In addition, Team PRG offers several trips throughout the year to world class climbing areas such as the Shawanagunks, Red River Gorge, New River Gorge and elsewhere. Here, our team members hone their mental and physical skills on some of the best climbing the US has to offer.

Sept – June plus outdoor events over the summer

Members of Team PRG are expected to compete in events throughout the season, as well as attend a minimum of 2 nights of practice a week

Must have approval from a Head Coach of Team PRG

Questions about the program? Email Tom at tmeehan@philarockgym.com.

Take your summer to new heights!

Climb for a Cure

Climb with us anytime Aug 6th-12th, and we'll donate!

Guided weekend adventure to the NRG for adults 21+.